Look, even if I got nothing else out of my dating experiences, this story would almost make it all worth it.

It starts like most of my dating stories, with matching on Tinder. We’ll call this guy Fishy Jack. We had a conversation that was entertaining enough for me to give him my phone number. He worked at sea so I heard nothing from him for a while (a couple of months?). Then he messaged me to say he would be in town for the night and did I want to meet?

Sure, I said. I have an hour between work and after school care pickup. Coffee it is then, he said. How accommodating.

Coffee it was, at a fancy hotel. Then he decided he wanted a whiskey, and thus the first awkward moment occurred. Fishy Jack pretentiously drinks his first whiskey shot – swirling and sniffing and all – and then calls the bartender over for another. 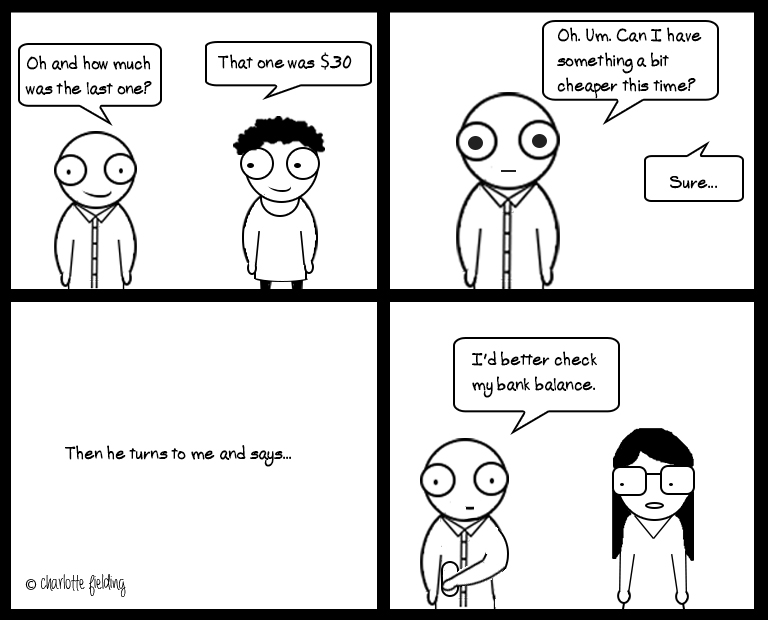 OK so that’s a bit awkward. Probably best not to discuss not having enough money if you’re trying to impress a girl.

Conversation was fine, but I felt no spark and was glad I had an excuse to leave quickly. Towards the end of our meeting, he cracked open the laptop he’d brought down with him from his hotel room, and started tapping the keys to start it up.

That was definitely a first for me on a date. He put it away after a couple of minutes of telling me about his “YouTube fam” and asking if I knew about the way YouTube suggests videos that are similar to what you’ve played. Yeah dude, I know about algorithms. I have used YouTube once or twice.

Anyway, the use of the laptop would suggest that perhaps he was having an awful time with me. That’s cool, I wasn’t having the time of my life either. So the message he sent me – before I even got back to my car – seemed reasonable to start with: 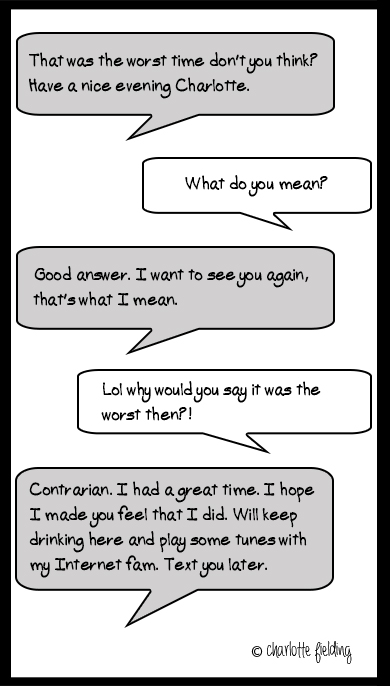 I mean, he didn’t bother to check if I had a good time or not, but that’s fine. Usually I am not a fan of ghosting but Fishy Jack was weirding me out at this point so I decided to just ignore. But that is not the end of the story. Oh no.

He sent me a couple more messages later on that I ignored, and then I woke up to poetry. 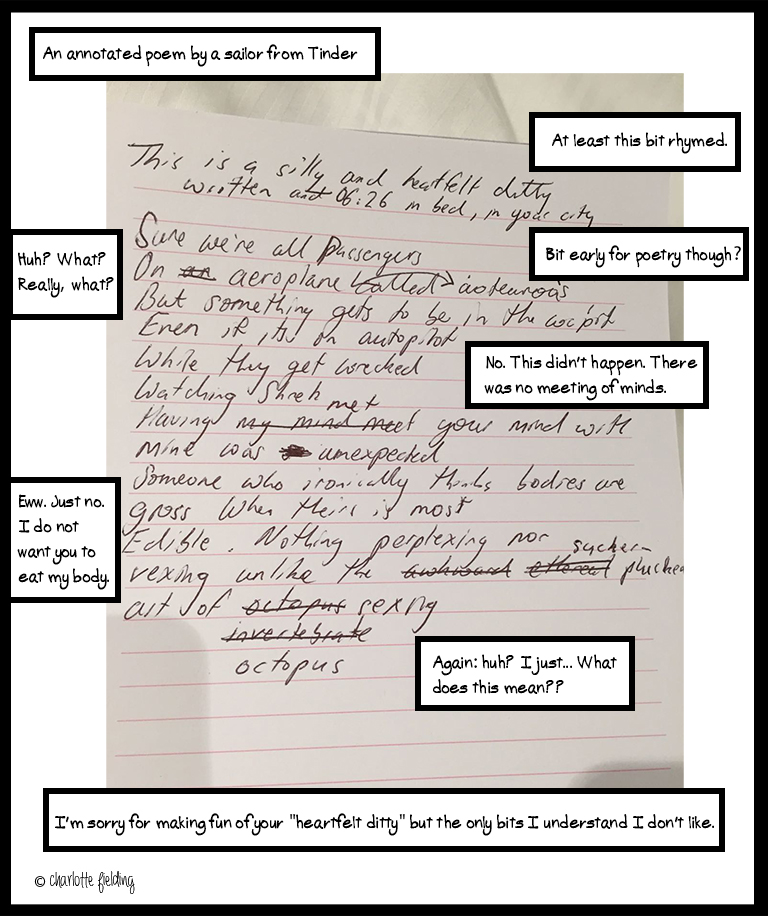 That first handwritten poem was followed by two more typed ones. They were just as bad, if not worse. Actually yeah, they were worse. I’ll spare you. He then said he had a flexi-ticket home and he could stay another evening if I wanted to hang out again. I was trying to get the kid ready for school but I thought I’d better respond, as I was sure he’d delay his flight if I left it. I said I didn’t have any time, he said he had already delayed it.

Again, I thought that would be the end of it, but alas, ’twas not the case.

I ignored a couple more messages from him, and then a week later I received a Facebook friend request from him. So I sent him this message: 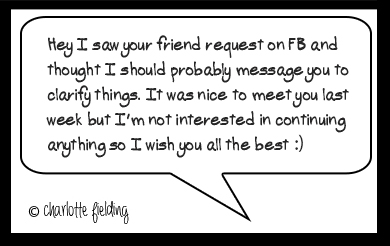 And I received back the apotheosis of our communication, which I have also annotated. 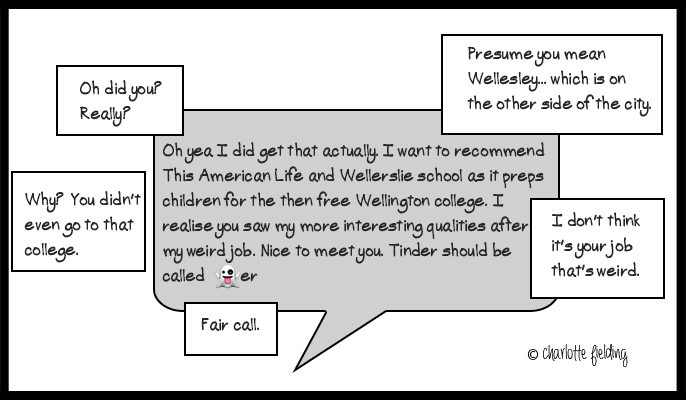 I sent him a thumbs up emoji in reply. The ultimate in modern dismissal. And that, at last, was that.