There are a lot of books that I enjoyed as a child that dismay me as an adult. But I try not to be a loud 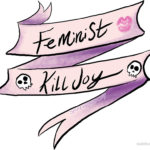 Don’t be fooled by the colourful happy pictures. These books are all about how consent is unnecessary, and being true to yourself is a bad thing, unless you are eternally cheerful, and we all know that’s impossible (fuck off Olaf). So if you’re not Mr Cheerful or an anthropomorphic snowman, what is in store for you and the assorted blobs-with-limbs around you? 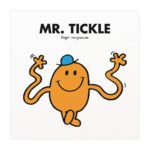 If you’re Mr Tickle, you can just go around anonymously tickling people with your long arms even though they are shouting “stop, stop” and you’re delaying trains, making the postie drop the letters in a puddle, knocking over the greengrocer and his apples, and causing traffic jams. And then you go and sit in your armchair at home and evilly reminisce about all the fun you had tickling people who were just trying to get on with their day and didn’t know what the fuck was going on and why this asshole was touching them uncomfortably. Dude… consent?! And if that wasn’t bad enough, there’s a “fun” warning for all the children at the end that Mr Tickle might come and get them with his long arms at any moment. 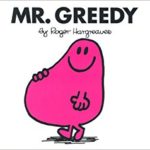 If you’re Mr Greedy then you better get ready for a hell of a diet because the moral lesson here is that fat is bad, folks. If you’re fat you’re going to be taught a lesson by having a giant force-feed you until you’re ill, at which point you’ll never be greedy again, and there’s a picture at the end of the book showing a slimmer Mr Greedy which explicitly says “He now looks like this, which I think suits him a lot better, don’t you?” Forget body positivity! Teach your children that fat is bad! 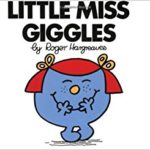 I’d better not forget to mention a Little Miss. I don’t know why all the Misses are Little and that’s an issue too, but on account of not being too much of a feminist killjoy about these super fun books, I’ll stick to issues of identity, body positivity, consent, and men saving the day, which is what happens in Little Miss Giggles‘ case. Poor Little Miss Giggles loses her giggles and because she is a one-dimensional character, this is a serious issue. She doesn’t go on a journey of self-discovery or take up a hobby or even just smile now and then (constant giggling is probably a bit obnoxious but anyway). No, she cries and is miserable, until a Mr Man (Happy, to be specific) comes up with a genius idea because only the men can fix things, and she gets her giggles back. Thanks Mr Happy! Where would we Misses be if it weren’t for your benefaction? 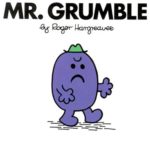 Alright, that’s enough about women, back to the men. There’s Mr Grumble who isn’t allowed to express his feelings like Eeyore is, instead he gets turned into a pig by a wizard every time he grumbles. What a way to learn a lesson, huh? Forget self-improvement, can that wizard come and help me to pay all my bills by their due date, not sabotage relationships, always be patient with my child, and go to bed in a timely manner? 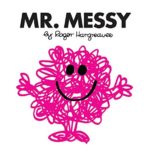 Then there’s Mr Messy who is super happy with his life, until random strangers called Mr Neat and Mr Tidy butt in, and won’t take no for an answer. They take over his house and garden against his will and even clean Mr Messy up, until he doesn’t even resemble his former self. Goodbye, happy Mr Messy! Now you’re like everyone else and fit into the narrow standards society sets for you. If  you want to teach your children that they aren’t good enough the way they are, this is the book for you. 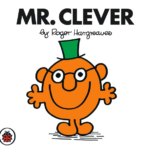 Mr Clever was also pretty happy with his life in Cleverland, until he went for a walk and everyone, even random worms, did their damn best to prove that he wasn’t, in fact, clever. Even at the end of the book he doesn’t get to be clever, so I think the lesson we can take from this is to not have self-esteem because people will knock you down. They will suck out your self identity if you dare to be anything more than modest and mediocre. 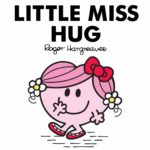 Although I could critique every single book in the series, I’ll finish with Little Miss Hug. Little Miss Hug gives everyone hugs (thought I’d better make that one clear in case there was any confusion). She hugs them when they hurt themselves, feel sick, or at birthday parties. Everyone likes hugs at birthday parties, right? Except people who are there under duress, don’t like physical affection from weird pink people with daisies in their hair, people who are shy, or many other reasons they might not want hugs. I digress. The point is, at the end of the book she meets Mr Grumpy, and is so confused by him not wanting a hug that she… keeps hugging him. She won’t let go! Oh, how adorable and sweet she is… not.

These books teach badly dated “moral” lessons and I need to spend less time blogging about them and more time thinking about how to get them away from my seven year old. I’ve run out of bras to burn so our next family bonfire won’t be for a while. I like opportunities for teaching moments but there’s only so many times I can explain why I don’t think Mr Tickle should tickle the schoolteacher from a distance while all the children mock him before I feel like I’m losing the battle for basic human decency against tiny colourful despots.

Sorry, comments are closed, because the internet is trash.