When you’re a student and a solo mother, your budget for personal grooming is comparable to driving to the other side of town for a holiday instead of going to Thailand. Which is why I did something highly inadvisable, that carried an 85% chance of regret, if it even worked, which it probably wouldn’t, because my hair is naturally quite dark. 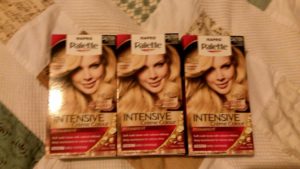 I got some good news yesterday: I passed my last paper for my anthropology degree. It was touch-and-go for a while there, due to mental health stuff, but I did it, and I was so relieved, and excited, and basically exploding with feelings.

And there’s nothing like being a 31 year old mother with a degree to make a gal want to bleach her hair, at home, with $6.99 bottles of dye from the supermarket. 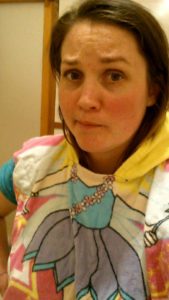 The instructions said to put a towel round your shoulders, and I had just the thing. I almost couldn’t get it over my head but I’m the determined kind of person that finishes a degree, so I did it.

I made up all three boxes because in my head, applying more dye = blonder hair. I got through two bottles for my medium length hair and then I just couldn’t get any more on. Duh. I wrapped my hair in a plastic bag because it seemed logical. 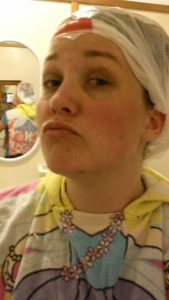 Without long hair I looked like a dude so I made a dude face.

These photos are bad quality because my son smashed my good phone just before Christmas, and a friend kindly gave me an old one of hers so that I could pay for Christmas instead of needing to buy a new phone. It was an accident but I was still mad but because it was an accident I couldn’t get mad at him so I was just mad on the inside and I guess I still miss my nice phone because I just typed the word mad three times. But it’s FINE. I can live with grainy, low resolution, dim, blurry photos. As long as I have access to Facebook anywhere I am. 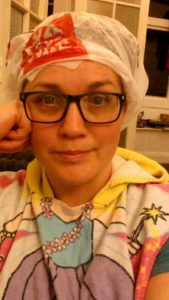 So I’m sitting there like this all glam at midnight watching Series 3 Episode 1 of Jane the Virgin while I wait for the chemicals to do their thang. Any excuse to watch Jane the Virgin, and not feel like I should be doing something else like vacuum up the polystyrene crumbs from my son’s bedroom floor which he had crumbled even though I told him not to, is great. I mean, I can’t vacuum while I’m incubating ginger hair in a New World bag, can I? And OMG: S3E1! I have cried so much in this show – most episodes – but it makes me happy too, and I love them all. OK, I don’t love Petra. But I sympathise with her at least. I do love Jane, and Xiomara, for being mothers who don’t lose themselves to their babies, and Alba for her devotion, and Michael and Rafael because, well, swoon. 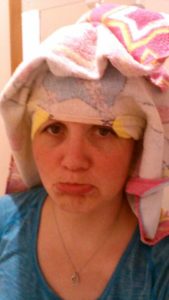 It’s time to wash it off, and I managed to get the towel on over my head but I can’t get it off. I have a big head. 59cm actually – I know this because my brother measured it for me when I ordered my trencher yesterday for graduation, because I’m graduating with a degree this year. A degree. Graduating. I didn’t know what a trencher was until yesterday either, but it’s that black hat with the square top that people toss up into the air when they graduate. I think they may have banned tossing them up though, because folks kept getting injured by the hard trenchers, and although I don’t want anyone to get hurt – of course – the idea that people get hurt by hats falling on them does amuse me.

I’m putting this up here because it’ll just get circulated by someone else like other naked celebrity photos anyway. 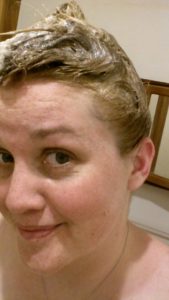 Something has definitely changed colour, and it’s not my political affiliations. (Green, for the record. I do love Jacinda though.) I try to wash it off without washing my makeup off because I’m from the selfie generation but I get some in my eye so I have to and I remember I don’t wear much makeup anyway and I just got my period so my skin is breaking out in spots no makeup can hide. 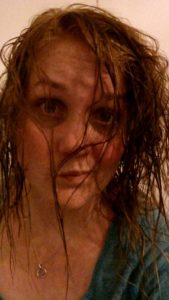 I’m annoyed I can’t find my hairdryer because I don’t want to wait to see the colour, and I don’t know how it’s possible to lose something the size of a hairdryer. #itispossible #blameitonmyADHD 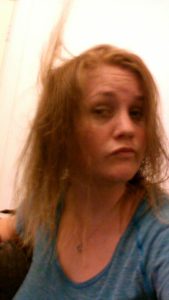 But then I find it (under my bed) and I’m basically a model with a wind machine now. 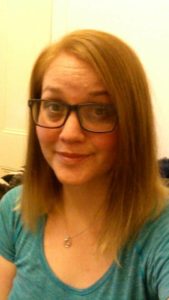 I’m now ginger. I should go to bed but my son is at his dad’s so I don’t have to get him to school in the morning so I decide to put the third bottle through and watch a bit more Jane the Virgin. It has no effect whatsoever and I learn I am not a person who likes to have two showers in a row. and I don’t even bother blowdrying it this time, I just go to bed. 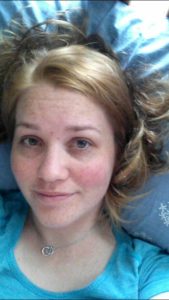 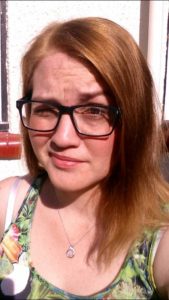 Even with the sun in my hair (in my oooiiiis) it’s not blonde, it’s definitely ginger, but hey, I metaphorically drove across town. If I can be bothered I’ll try lightening it again in a few days and putting some toner in… your guess is as good as mine as to whether I will be bothered.

The moral of the story is: I got a degree, I do what I want.