I just read a marvellous piece by Anne Lamott about liver spots and growing old, and I’m not even half her age but I had some thoughts, and these thoughts happened in the 27 seconds while I was washing my hands and there was a mirror in front of me.

Mirrors should really be an optional thing, like “pull this curtain aside to reveal your face – if you can handle it” rather than “oh hey you’re just standing in literally the only position available to you while following common hygiene standards and HELLO look at those chin hairs. You were thinking about important things but now: CHIN HAIR. Also I’m not sure if you’re aware but pores exist on your nose and are you a teenager? Because: zits.”

I guess it’s been a little while since I’ve dealt to those random stray hairs, but now we all know what I’m doing when I get home later. It’s easier to get rid of drunk men in bars than chin/nose/ear/nipple hairs and that’s saying something because those guys are persistent. (I’m being inclusive here; I haven’t personally sprouted nose or ear hairs yet but I do have this solitary nipple hair and I’m like – ?? What evolutionary purpose could that ONE HAIR serve in THAT place?)

What I was actually going to talk about was pimples. I’m in my 30s and yet I still get pimples when I get my period. As if several days of bloat, blood, and other associated discomforts every month aren’t enough. Today, I’m mad at this one on my chin. Because this little invader decided to occur at the site of a recently healed period-pimple and I can’t just get a bouncer to give it the stern word about leaving me alone. Can’t avoid it even with an instagram filter. 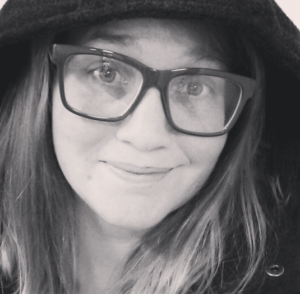 I guess I’d better just get used to having no control even over my own face, because I’ll probably stop getting pimples around the time I start getting liver spots, eh Anne?