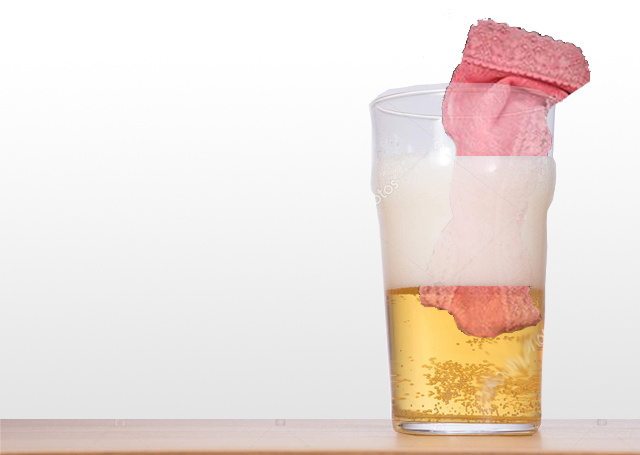 If you said, “would you rather give up butter for the rest of your life, or lose a toe?” I would say “you’re no friend of mine,” and delete you from my Facebook friend list which is the definitive breakup signal of our times. Because of course I don’t want to lose any body parts but maybe I could stand to lose a toe if I had to? I would think about this choice for too long and I would conclude that I had better give up butter because I’m clumsy enough with a full complement of toes: if I was missing one or two I’d probably start walking into walls as well as door frames. I would feel sad after you made me contemplate a life without butter, and I would feel like you don’t understand who I am, and what kind of friendship is that?

If I make banana bread, or buy it, preferably. I’ll have two thin slices rather than one thick slice because that gives me a greater surface area to put butter on. It’s basic physics. Or math. I don’t count calories, I calculate area. My kid prefers my homemade banana loaf, bless him: he never does the dishes.

It’s not even worth discussing eating potatoes without butter and as for cheese scones hot from the oven… on further reflection I could maybe sacrifice a small toe. It can’t be that important, it’s hardly big enough to have a toenail.

I’m also quite a big fan of cheese and I’ve only ever met one cheese I didn’t like. It was a pale ale cheese because the world has gone to hell in a hand-basket. I can understand that people drink beer for refreshment or to get drunk or for social reasons, but I cannot understand infecting other perfectly good foods with beer. It is not a good flavour, and I am something of an expert, despite what you may be thinking. I have tried a lot of different beers because it seems to be quite a thing for a lot of people and when they find out I don’t like it they insist I try some of whatever they’re having.
“I really don’t like it,” I say.
“But have you tried this one?” They’ll ask. Or they’ll suggest that maybe my taste buds have changed. Or my favorite: “just push through the bitterness and you’ll learn to like it.”

I learned to like coffee with a generous dose of caramel syrup and hot foamed milk, but unless you can add those ingredients to beer, I’m pretty sure I won’t suddenly acquire a taste for a fizzy, liquid version of underwear that has been worn for three days in a row.

“Just try it,” they’ll say, and so I take a sip to humor them, or because there is always the faint possibility my taste buds have died and it has become appealing to lick that icy spot at the back of the fridge where vegetables go to die.

If there is something delicious nearby to wash it down with, say perhaps a leftover burger bun that’s a bit soggy with mayonnaise, or a stale peanut, then I will take a sip of the proffered – nay, insisted upon – beer. I screw my face up like in those cute videos of toddlers sucking a lemon because of course it continues to taste bad. The owner of the beer laughs but they sag a little and I don’t have lemon-toddler cuteness to atone for my inexplicable failure to enjoy the national cuisine. I’m supposed to like beer and rugby, but I like books and butter.

Once I went on a date with a man who insisted we go to a boutique beer bar. Boutique doesn’t seem like the right word for a beer dispensary, but anyway, they had a lot of different beers – more than usual – and he was adamant there would be one that I would like. Just one! I don’t have to like all beer. If we could only find one, perhaps people would stop earnestly sharing their flagons of sour dishwater.

“I only like Belgian fruit beer,” I’d be able to say, regretfully, shrugging my shoulders, palms up, before chewing on a used serviette. I’d take pains to point out that I am also a person who likes beer and therefore don’t need a sample. I am abstaining simply because I’m a connoisseur of the good shit and I get it down me when I go to that fancy place (which is never again. I don’t belong there.).

My date explained the situation to the bartender who provided several equally unpleasant samples and managed to not look offended when I said, “I just feel that it needs significantly more sugar and less of the actual taste of beer.” Eventually he produced the aforementioned fruity Belgian beer which was sweet like cider with only a faint twinge of fetid car seats, and I managed to drink the whole bottle and put all three of us out of our collective misery. We didn’t date for long so I guess you could say it was a success.