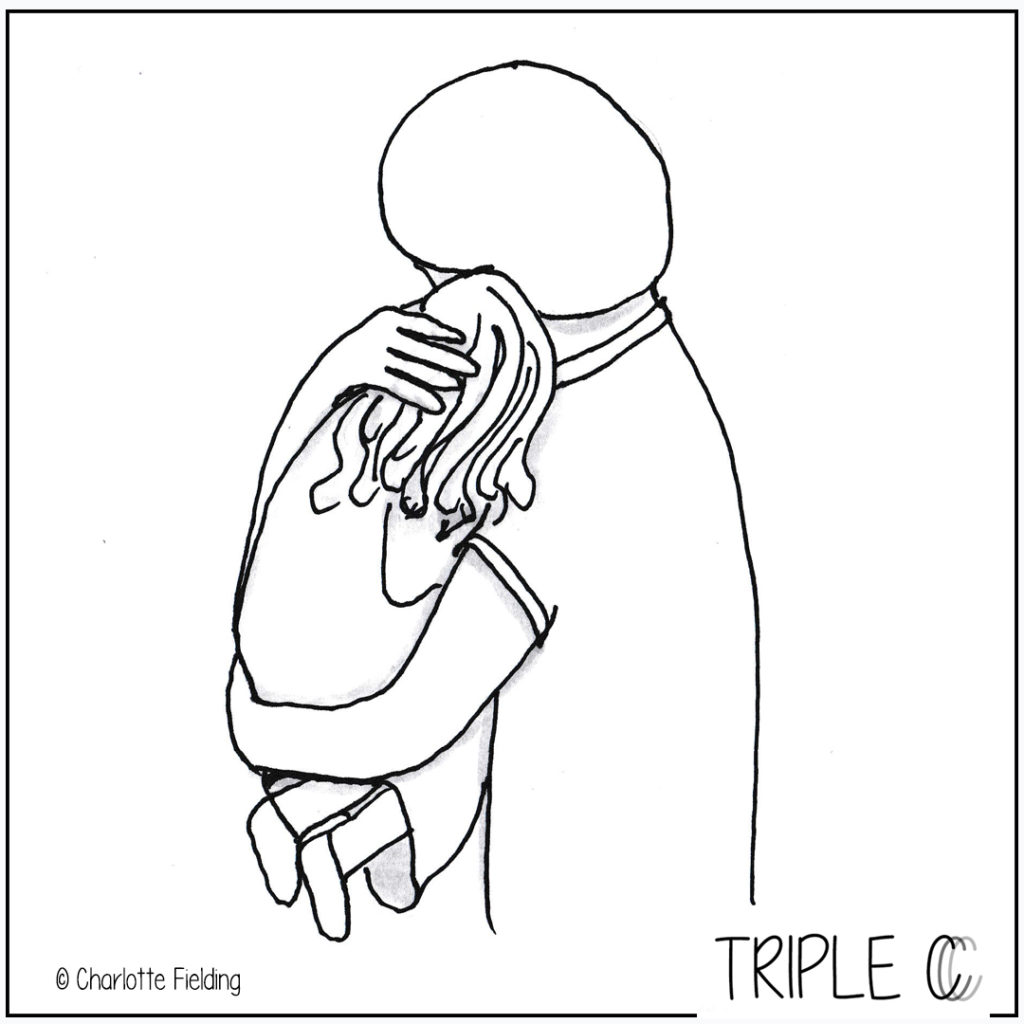 I was sitting outside a cafe and I watched as a pram fell over backwards, pulled down by a bag slung over the handle. I heard the sound of the toddler’s head hitting the concrete and then her scream, and the panic of her parents as they lifted the pram up and unbuckled her for cuddles.

She was fine. There was no blood or lethargy; she cried about the right amount and then calmed down, sucking her thumb and nestling into her Dad’s neck.

The parents were arguing, and I felt sad. I don’t know what they were saying as they were speaking a different language, but it seemed to me that the Dad was angry at the Mum; he kept gesturing to the bag and the jackets, and she – contrite, quiet, picked everything up as he stroked their daughter’s blonde curls.

It hurt my heart, this little girl with a sore head listening to her parents argue. They were obviously scared by the accident and probably stressed about other things (life and parenting are just stressful things to do, amen) and I wanted to tell them it is ok – we all hurt our children accidentally. It’s just a byproduct of them being vulnerable and us being imperfect.

It hurts my heart that life with young children can be so hard that we don’t always hold each other with care, not even that other person we made a baby with. Especially not that other person we made a baby with; who also loves that baby desperately and feels every blow to her head as a jackhammer in their own nervous system. That we don’t get held enough because we are the adults now and everyone is busy and has their own shit to deal with and our little family units have to somehow nourish themselves with depleted tanks. And so we yell – fear just comes out that way sometimes.

I wish I was the sort of person to go over and gently remind them they’re doing fine, but in what language would I say it? The language of the future, where I sit watching my boy – too big for me to carry, wiper of his own butt – as he parkours from one park bench to another? The language of the past, where I once forgot to strap him into his carseat and didn’t realise until he stood up in the car, giggling wickedly, at the first traffic lights? I just smiled at them, hoping my face wasn’t doing the weird frowny-smile thing, hoping that a smile would communicate the universal language that it’s ok. They’re doing ok. We all hurt each other accidentally sometimes.