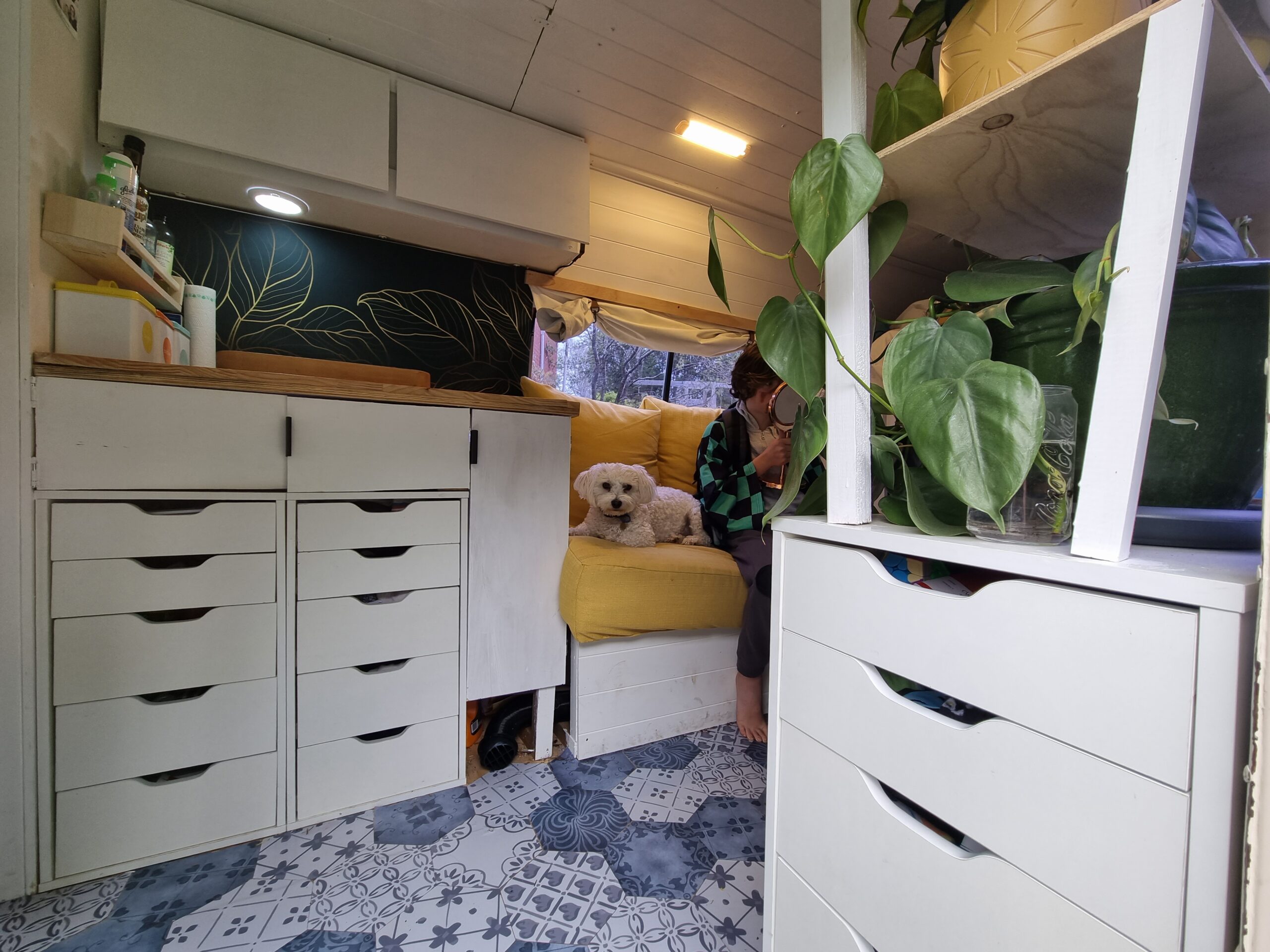 After my most recent article about living in a bus came out on Stuff, I received a few messages, one of which was from Wallace Chapman. I was a bit distracted when I got the message, so when he invited me to go on The Panel Radio NZ, I just said yes without realising what the show was and who he was.

A while back a friend invited me to talk about the housing crisis on her podcast, but I am far more comfortable with writing than talking, so I declined. Maybe it’s an ADHD thing, but I often feel like I talk in tangents and blabber on about things when I’m talking. Writing means I have the time to get my thoughts in order to communicate what I’m trying to say.

Then I thought to myself, “what are the stakes here even if it did go badly?” and decided I should just say yes to things outside my comfort zone. The stakes are low: perhaps a bit of embarrassment or regret if I didn’t manage to say what I wanted to say exactly right – and so what?

So it was in the spirit of “just say yes” that I replied to Wallace without doing due diligence on what the show actually was, and agreed to go live on the radio.

Later that day I was talking to a friend and said, “I’m going to be interviewed on the radio tomorrow.” “What show?” She asked. I had to consult the Facebook message, that’s how clueless I was, and I read out, “umm it’s The Panel Radio NZ – wait. Radio NZ?! Oh shit.”

I’m so used to seeing it written as “RNZ” that I didn’t click until I said it out loud that I was invited to be on our national public broadcaster. Is it the biggest radio network in the country? I have no idea, but if you’d asked me “what’s the main radio station in NZ?” I would have said “RNZ”. I think we’ve established I don’t know what I’m talking about, but that’s what I would have said.

I was shaking with adrenaline before the call. I was sitting on my little bus couch waiting by the phone like when I was a teenager and the phone was plugged in to the wall and my friends and I would arrange at school that one of us was going to phone the other at a certain time later that evening. I can no longer understand why we needed to talk in the evenings when we’d been at school together all day, but I guess we needed to debrief on the minutiae of school life and our mostly-concocted dramas and who maybe meant a certain thing when they said something else entirely? Plus what else was there to do? Exercise? No. Family time? No. Reading? Well yes, but there were a lot of hours to fill. We only had dial up internet to access bad Yahoo Geocities websites and we were country kids. Anyway…

The interview went well. The host – Wallace – was lovely, as were the panellists. Someone wrote in while we were talking to say she was moving into a bus this very day with her 10 year old son and their dog, and another person wrote in to say they’d seen the photos of the bus and that I have “the greatest design flair”.

I just listened back to it and I don’t hate it, which feels miraculous! (Usually find it uncomfortable to listen to myself, as many people do if we’re not used to it.)